See the change log for the new features and changes of all versions. 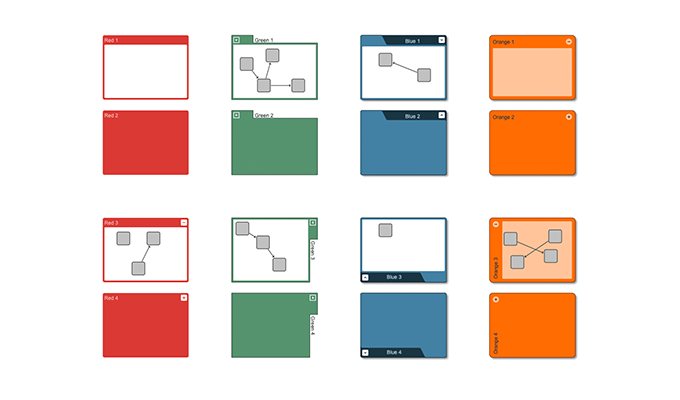 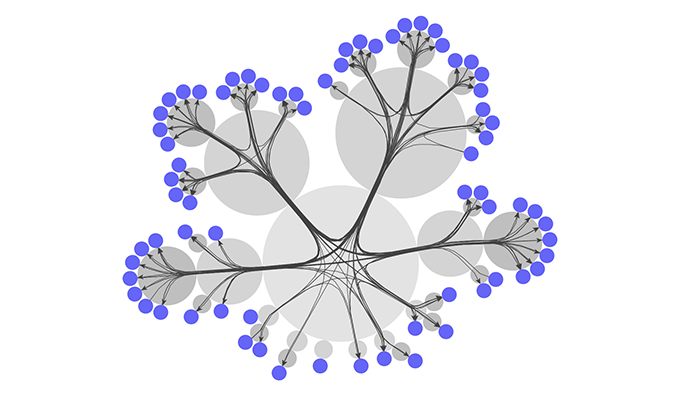 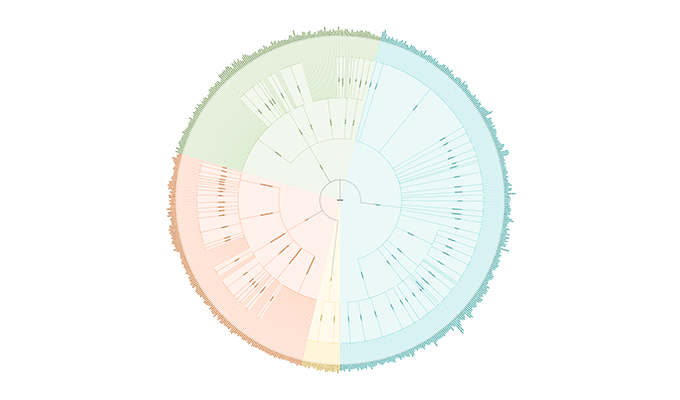 See also this blog entry for the release to learn more and see some of these features in action!

The RectangleNodeStyle class is a new node style that uses a rectangular shape whose corners are either rounded or cut diagonally. Its properties specify which corners get rounded, the corner radius, its fill, and its border stroke. The new Rectangle Node Style Demo presents this style.

The new GroupNodeStyle class is a node style primarily designed for collapsed and expanded group nodes. It draws a (rounded) rectangle with an optional tab or ribbon, and offers extensive configuration options for an optional icon, its various fills, and paddings. The new Group Node Style Demo shows some of the possibilities of this style. The implementation of this style is in the new module file styles-group.

The new ArrowNodeStyle class draws a node as an arrow shape. The arrow can point in one of the four compass directions, and the arrow head slope, the shaft thickness, the fill, and the border stroke can be configured. You can interactively explore the settings of this style in the new Arrow Node Style Demo.

Similarly, the new ArrowEdgeStyle class draws an edge as an arrow shape. This style always points from the source port to the target port, ignoring bends, and can be configured in the same way as the node style. The new Arrow Edge Style Demo presents the options of this style.

The DefaultLabelStyle class now supports different common background shapes. The new Default Label StyleDemo shows these shapes and other settings of this style.

The ShapeNodeStyle class now supports three additional shapes: HEXAGON2 (a six-sided polygon with tips at top and bottom), STAR5_UP (a five-pointed star with one tip pointing upwards), and PILL (a stadium shape with the shorter sides rounded). The new Shape Node Style Demo shows the main features of this style.

The new BridgeEdgeStyle class renders an edge as a 3-segment bridge with a given height between the edge’s source and target port locations. This is especially useful to distinguish parallel multi-edges between the same pair of nodes.

The text wrapping feature of DefaultLabelStyle now wraps the text inside a given shape instead of just the rectangular label bounds. The TextWrappingShape enum provides the predefined shapes, and includes for example pill, ellipse, and hexagon. The new DefaultLabelStyle.textWrappingPadding property defines the padding between the chosen shape and the text.

If the predefined shapes don't fit your needs, you can override the DefaultLabelStyleRenderer.getPathForTextWrappingShape method to return any custom convex path as GeneralPath instead.

In a related improvement, an optional GeneralPath parameter has been added to the TextRenderSupport.addText method that defines a convex shape in which the text will be placed.

The following new styling options bring the configurability of WebGL2 rendering almost on par with the built-in styling features of the SVG rendering mode.

The WebGL2Stroke class now supports dashed and dotted lines, thus all graph item styles and all indicator styles can use such lines. In particular, all WebGL2 edge styles can now draw dashed edge paths. The new dashStyle property of strokes specifies the dash pattern, and its new lineCap property specifies the style of the line and dash caps.

The reworked WebGL2 Styles Demo and the new WebGL2 Selection Styling Demo allow you to interactively explore the new possibilities.

All animations are shown in the extended WebGL2 Animations Demo.

Like before, an animation is created with its factory method at the WebGL2GraphModelManager class, but the API of these methods was refined to be more consistent and flexible. All factory methods now have a timing parameter of type WebGL2AnimationTiming to specify the duration, easing, iteration count, and direction of an animation. For easing, all typical easing functions are now available, namely ease, ease-in, ease-out, ease-in-out, linear, and step. Last but not least, WebGL2 animations can now be zoom-invariant for zoom values below 1.

The WebGL2Animation class has new methods to directly start, stop, and reset the animation, removing the need to control them with an Animator. The latter is still useful for running multiple animations in sync.

The new CompactDiskLayout class arranges a graph on a disk, packing the nodes as dense as possible. This layout is mostly suitable for graphs with small components whose loosely connected nodes should be grouped and packed in a small area.

The new CactusGroupLayout class offers an alternative representation of hierarchically nested data. It places the children of a group along the groups circular border, resembling the structure of a cactus.

The associated new class CactusGroupLayoutData allows to specify custom data considered during the layout calculation. The implementation of the layout is in the new module file layout-cactus.

The Large Graph Aggregation Demos and the Cactus Group Layout Demo use this layout.

The new Theme class provides an easy way to customize state and interaction visualizations like handles or selection. A theme is set to the CanvasComponent.theme property. Its settings apply to all supported elements, but it's still possible to override the theme on a per-element basis with the existing APIs.

In detail, a theme specifies a ThemeVariant, that defines the overall look, and primary, secondary, and background colors. Available variants are CLASSIC, that applies the current styling, and the new SIMPLE_SQUARE and SIMPLE_ROUND variants. These two use a more simplified styling with either rectangular or round shapes. A scale value can be set to increase the size of handles, port candidates and selected bends.

In addition, the scrollbars now have an optional new modern style and behavior similar to the current look of macOS, Windows 11, and mobile operating systems. If enabled, scrollbars appear only when needed and fade out after a small delay unless users interact with it. This can be enabled with the new ScrollBarVisibility.AS_NEEDED_DYNAMIC constant.

Most demos make use of the new simple-round theme and of the modern scrollbars. In the new Theming Demo, you can explore the effect of the options on the available variants, and the new Theming Tutorial shows how to set a theme in code.

By default, the TypeScript type declaration files work now as well in Visual Studio Code as they already did in WebStorm. Previously, yFiles for HTML came with different versions of these files for each IDE and users of Visual Studio Code could switch to types that worked better for them by running an extra script. This is no longer necessary due to the usage of a common syntax format.

Also see the Migration Guide in the documentation for more details and advice on migrating.

Besides the demos for new features that are mentioned above, we added the following demos:

Why, how, what? —
Just ask the diagramming experts!

Our team is happy to advise you – no strings attached. Let's talk about your project and find the perfect solution for your needs!


Thank you!
Your message has been sent.
We are sorry,
Your request could not be sent. Please reload the page and try again.
If the problem persists, please report the error to webmaster@yworks.com.
The data you enter will only be used to contact you regarding your request.
Learn more in our privacy policy.